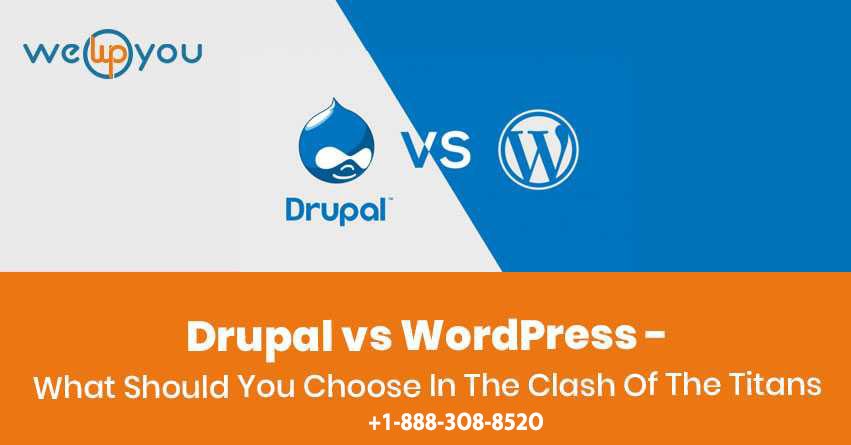 Planning on starting a website? You must have come across the names Drupal and WordPress several times. And now you are wondering which one should you go for?  We are here to make it easier for you, in our comparison of Drupal vs WordPress.

Choosing the right website builder is important as it determines your websites design, security, and cost of the building! Let us take a look at what makes the cut for you in Drupal vs WordPress.

Drupal vs WordPress | What is common!

Both the platforms came around 2000s in the world of CMS and have since grown a lot. Their launch is not the only similarity between them;

But then where are they different? If you head to Drupal’s website, this is how they describe themselves:

“ We are a leading open source CMS for ambitious digital experiences”

And WordPress on the other hand, says:

“Beautiful designs, powerful features and the freedom to build anything you want!”

WordPress holds 60.4% of the CMS market share whereas Drupal holds 3.4%. These statistics are quite direct in their conclusion, but the reality is, that both the platforms have their own solid space and say when it comes to CMS. 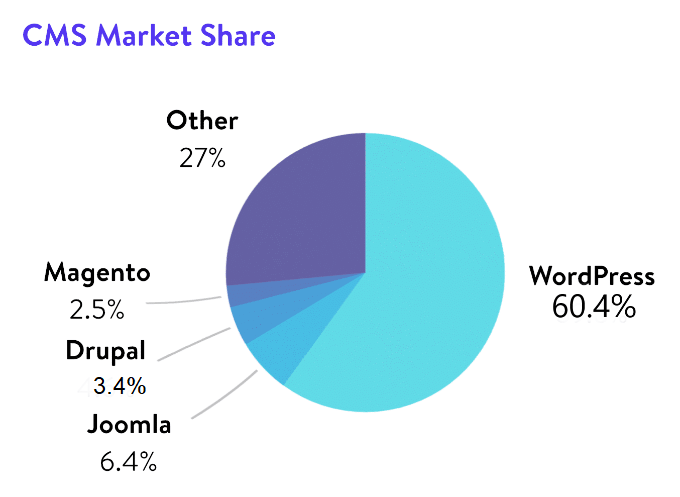 We will be differentiating between Drupal vs WordPress on the basis of:

Let us get into it!

As a user, your initial investment with WordPress is free. Getting started involves no expenses, but that is just for the platform.
However, to get your website going you need

They all involve spending. But this varies largely on the extent to which you want the customizations. If you want a complex website, you might want to have a developer loop in later which can add to the expenses.
But, if we consider basic expenses, WordPress is not going to be heavy on the pocket.

Coming to Drupal, there is an initial cost in web development. As a thumb rule, Drupal is for the more tech savvy. If you do not see yourself as that, chances are that you will need to hire a developer for the initial set up. So, there is that cost in addition to the standard charges for hosting, domain name and customizations.
Add to that the cost of upgrading, the websites on the platform are not forward-compatible and hence need a complete rebuilding with the release of a new version.

Although, once the structure of your website is set up, adding functionality and features to it down the line, will not be that expensive a process with Drupal.

The whole debate on this argument of Drupal vs WordPress boils down to one thing, User vs Developer.
With WordPress, if you are willing to learn a little and are decently tech savvy you can build your website at a much cheaper cost.
But with Drupal, if you are not a developer, it can get intimidating. Eventually, you will be paying more, which makes it less affordable, generally for website developers. Also, while thinking on this point for Drupal vs WordPress, it is important to note that external help on both the platforms is chargeable. But with Drupal developers being lesser, they are more expensive.

While comparing this factor on Drupal vs WordPress, it is important to keep one thing in mind, that we are looking from the perspective of a beginner.

When it comes to WordPress it is intuitive, easy to get a hang of and quick to learn. For a non-programming beginner, to build a website from scratch, it is easier. Especially with the coming in of the new Gutenberg editor.

Plus, the ever-growing global community that WordPress has makes it easier for any beginner to get fast assistance in case they face any glitch along the development process.

While when we talk about Drupal, it is meant for users who are looking for an enhanced digital experience. Something at the level of the developers.

For beginners wanting to create their website from scratch, Drupal is not as direct and might need professional aid.

Even the Drupal website has a usability page, that says:
“In general people expect a much richer user experience around content creation than Drupal offers. Much of the functionality that people consider standard for a CMS is simply missing…”

For a beginner, without prior knowledge of complex coding and HTML, the idea is to understand the process of website creation faster. In WordPress that is the advantage they receive. There are countless tutorials and online assistance they can receive on any matter related to website creation. And this can help them take over the entire process of website creation themselves. Whereas Drupal definitely is deeply functional but to achieve that functionality, one needs the knowledge. And for that, the user either should have the knowledge of complex coding or take the services of a developer.

When it comes to comparing Drupal vs WordPress on the basis of expandability, there is practically no limit to what you can do with your website on either of the platforms. What is integral in both the cases though, is that how one achieves these customizations.

There are more than 54,000 plugins on WordPress and 5,000+ themes. These can add every possible functionality to the website. Added to this there are innumerable third party themes and plugins that can be of use. Also, to add is the fact that they can be used by a user on their own.
Before coming on to Drupal it is important to understand what elements help in constituting a website on the platform.

There are more than 39,000+ modules and 2,500+ themes.
On Drupal, the thing to note is that most of the customization is already taken care of in the themes, so there is little or no need for third-party applications. But in case any customization is required in the theme, the need for a developer comes in. 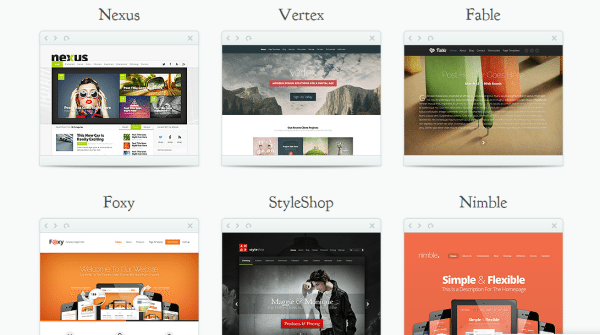 In this category of Drupal vs WordPress, it is WordPress that takes the point. And the answer is not only in the long list of plugins and themes that WordPress has with itself but also in the amount of third-party assistance the platform has. On the other hand, there is a sure chance that if a user needs any added functionality on their website, there is someone in the community who has already built a plugin for that purpose.

When it comes to comparing the security on Drupal vs WordPress, both the platforms are secure CMS’s. But there are still differences in the degree to which each is.

WordPress is secure in its core software. It is packed with everything that the user needs to run a safe website. But it is things like third-party elements and user practices that lead to the platform being prone to attacks and hacking. Also, when using these third-party plug-ins, the user does not update to the latest version, there are bound to be security breaches.

Drupal, on the other hand, has always stood like a fort when it comes to security. Because Drupal is less dependent on third-party elements, it is less susceptible to malicious activities. It has enterprise-level security.

Our Verdict on this point in Drupal vs WordPress would be a clear one with ‘Drupal’. If your needs are a robust website which will increase in functionality over time, then Drupal is the one for you. We believe that any website on any platform is vulnerable to attacks when third-party plugins are involved. Because that automatically opens the website to loopholes in its core.
The main issue with WordPress on its security is the involvement of third-party additions. That, if used without proper safety measures can lead to attacks.

For a valuable spot in the page rankings, getting Search Engine Optimization is of importance. It decides your websites online presence.

Whether you use WordPress or Drupal, they both can support websites that can be Search Engine Optimized. As long as users follow the guidelines.

In this case, WordPress has plugins like Yoast SEO and the All in One SEO Pack that can be of help.
On the other hand, Drupal’s software comes with SEO friendly features even without the support of external plug-ins.  Additionally, it is known that page caching leads to faster loading time, and when it comes to Drupal its software intrinsically uses native caching whereas WordPress requires plug-ins for the same. Drupal is also better able to handle a large amount of content. 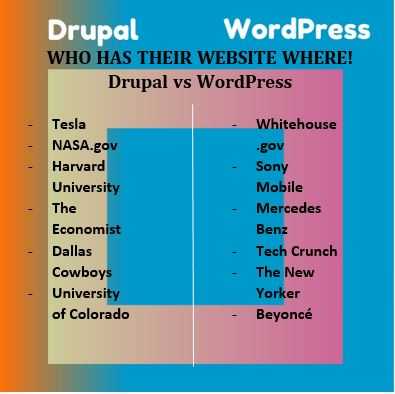 In this battle of Drupal vs WordPress, there are some things to keep in mind. And that is who the end user is? What all does the end user expect from his/her website?

If the user wants a robust website that is secure, Drupal is the answer. But, for the user who wants ease of use, high flexibility and a cost-effective alternative it is WordPress that takes the point. Overall it is the developers who prefer to use Drupal when it comes to Drupal vs WordPress.
But our point on the overalls goes to WordPress. 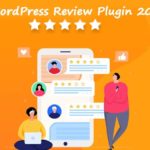 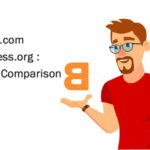 WordPress.com vs WordPress.org : A Detailed Comparison